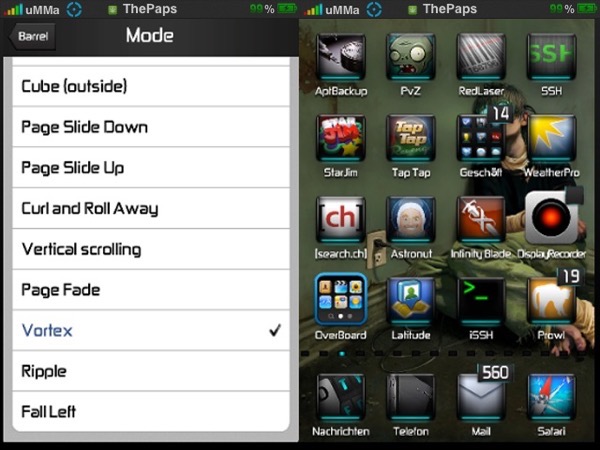 There is no point of jailbreaking your iPhone 5 is you are not willing to some money on getting the best Cydia apps and tweaks. As you know, Cydia store is famous for its multitude of apps and tweaks available which are meant to change the overall appearance of your device.

However, if you do not know what apps you need to download in order to gain certain advantages and features, then the whole work is in vain. Here, I want to show you some useful Cydia apps and tweaks that can increase power of your device while changing its look and design. Some of them might seem a little bit too expensive, but once you get to download and install them on your device, you will be able to see their multiple benefits.

The first app I want to place within my list is the FolderEnhancer. Being a customizable tweak, FolderEnhancer allows users to create folders in folders, to arrange apps and in the same time, to change the complete look of each folder. Moreover, you can change animations, colors, folder background or to add an infinite numbers of apps to each folder. If you are interested in purchasing FolderEnhancer, you need to spend $2.

The second notable Cydia app I want to add to my list is represented by a multitasking tweak. Zephyr gives users the possibility to use new swiping gestures to quickly switch between open iPhone apps and the app Switcher. A single swipe from left to the right can easily open the alarm clock, for example. A swipe up from bottom gesture can be configures in certain apps in order to avoid accidental launchings. Zephyr lets you even customize how many fingers you want to use for each gesture. In this way, you will have multiple options. Zephyr costs $5, and it is available within Cydia Store.